The most beautiful
hunting rifles in the world

… J.P. Sauer & Sohn, the oldest German hunting rifle manufacturer, has been standing for hunting culture at its finest. For almost three centuries now, our rifles have been inspiring generations of hunters – and we are proud of that. Celebrate 270 years of Sauer & Sohn with us and experience the origin of Germany’s oldest hunting rifle manufacture! Look forward to numerous special offers (limited anniversary editions, competitions, films, etc.) that we will be presenting to you in the course of this year under the sign of the “wild man with a club”.

Sauer and the wild man 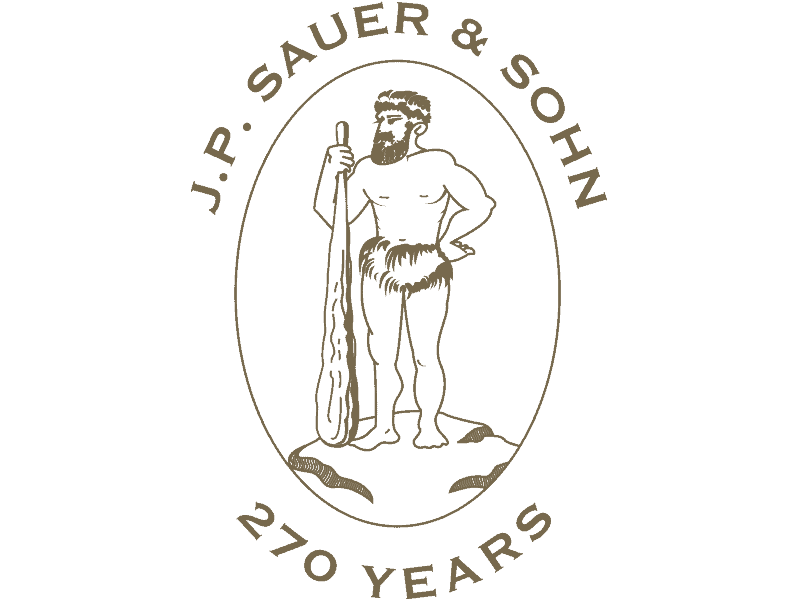 The “wild man with a club” does not only hold the world’s oldest hunting weapon in his hands, for the history of J.P. Sauer & Sohn, he has a very specific meaning. He is the guardian of the metallic mineral resources mainly found in the forest. Beyond that, however, the “wild man” symbolises the wealth gained from nature. The happiness associated with hunting, being part of nature and being gifted by it, has thus been firmly rooted in the culture of J.P. Sauer & Sohn for more than a hundred years.

Already in 1894, the “wild man” appeared as a registered figurative mark in the company’s history and then as now he stands for the appreciation of J.P. Sauer & Sohn ‘s own tradition. This is also the reason why he must not be missing when celebrating our anniversary!

Since its foundation in 1751, J.P. Sauer & Sohn has stood for timeless elegance and uncompromising quality. For generations, the rifles of Germany’s oldest hunting rifle manufacturer have inspired hunters for whom their own rifle is more an expression of their personality than a simple tool. True to these values, SAUER has produced a special edition on the occasion of its 270th anniversary, which underlines the values for which SAUER has stood for 270 years and which will continue to inspire generations to come, not only with exclusive stock woods but also with modern surface technology.

On the occasion of our anniversary, we have compiled an exclusive selection of historical weapons for you. Let us take you to the world of gun manufacturing of bygone days!

This 1840 deluxe percussion double-barreled shotgun features a rich stock engraving with a small game hunting motif on the buttstock. The upper part of the buttstock is decorated by nickel silver mounts, again showing a hunting scene. The cocks show a predator or dragon’s bit or head. The company logo is inset in gold into the rail of the damascus barrels.

Welcome to a journey through history from the origins of Germany’s oldest hunting rifle manufacturer to the present day.

The foundation of J.P. Sauer & Sohn

The foundation of J.P. Sauer & Sohn

1751 – The SAUER family, originating from Nuremberg and consisting of gunsmiths, founds a company in Suhl. The founder is Lorenz Sauer.